Fill in the form

Mycenae and its mysteries 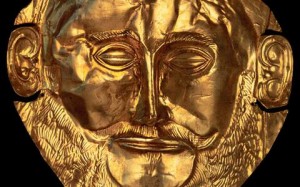 Each archeological site holds some mysteries. And the farther in the past the traces of its origins are lost, the bigger these mysteries tend to be. We are not, of course, referring to alien civilizations, mythic titans, discords between the gods and heroes that go down to Hades. The mysteries in archeological sites are a bit simpler, but their significance is much bigger and its consequences are much more important for modern archeology, history and the knowledge we have of ancient Greeks. Near Porto Heli is Mycenae, one of the most important archeological sights in Greece, but also one that still hides a lot of secrets.

One of the most interesting mysteries in Mycenae is the fact that the time when it flourished doesn’t coincide with what the archeologists estimate is the date of the Trojan War, during which, according to tradition and Homer, Mycenae, with King Agamemnon, played a central part. However, if the Greek ships sailed to Troy around 1150 BC, then Mycenae, the center of the Greek civilization during the Bronze Age, as well as the rest of the kingdoms of the area, couldn’t have participated, since they were already in deep decline, if they hadn’t been destroyed.

Another mystery that surrounds Mycenae (and this time we’re talking about the city itself) is the origins, but also the range, of the people that inhabited it. Scientists are well aware that they belong to Greek tribes – this is also proven by their early Greek writing known as Linear B – even though they have no idea where they came from. What is indeed known, on the other hand, is that their influence reached the whole of the Mediterranean Sea, but also northern Europe. Findings are placing them even in the south of Britain. The people from Mycenae were, then, merchants and craftsmen, with significant wealth, as is shown by the large quantities of gold that have been discovered, mainly in artifacts, with first and foremost being the so called mask of Agamemnon (though it is disputed whether it really belonged to Agamemnon).

Mycenae flourished long before the Trojan War, since the most important findings belong to the times before the middle of the second millennium BC. We are referring to the Burial Cycles which are, along with the Mycenae palace, the most impressive ancient ruins.

A trip to Mycenae is not just a trip in space, but also in time. Using your imagination, you might have the chance to fill in the gaps that science has still not managed to fill.